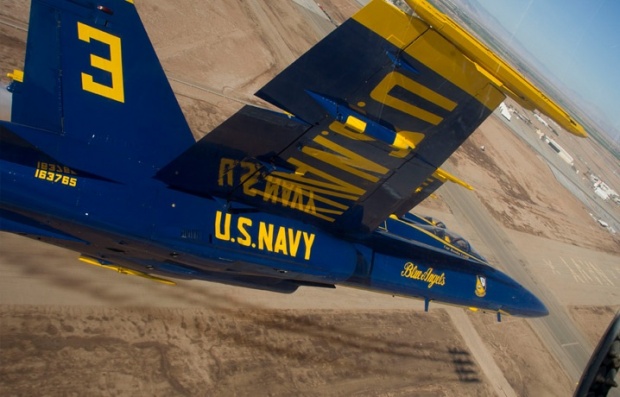 Two of the U-S Navy Blue Angels made a special appearance in Smyrna on Monday.  Lt. Commander Michael Cheng and his crew chief from the United States NAVY Flight Demonstration Squadron were at the Smyrna Airport for a pre-season site visit in preparation for the 2014 Great Tennessee Air Show scheduled to take place this June.

Since 1946, the U.S. NAVY Blue Angels’ mission is to enhance Navy and Marine Corps recruiting and to represent the naval service to the United States, its elected leadership, and serve as international ambassadors of good will.  Their most recent appearances at the Great Tennessee Air Show were in 2012 and 2008.

The Great Tennessee Air Show has been held at Smyrna Airport for over 40 years allowing the community the opportunity to experience aviation up close and personal. This pre-season site visit will provide exclusive b-roll and interview opportunities to preview this year’s air show.