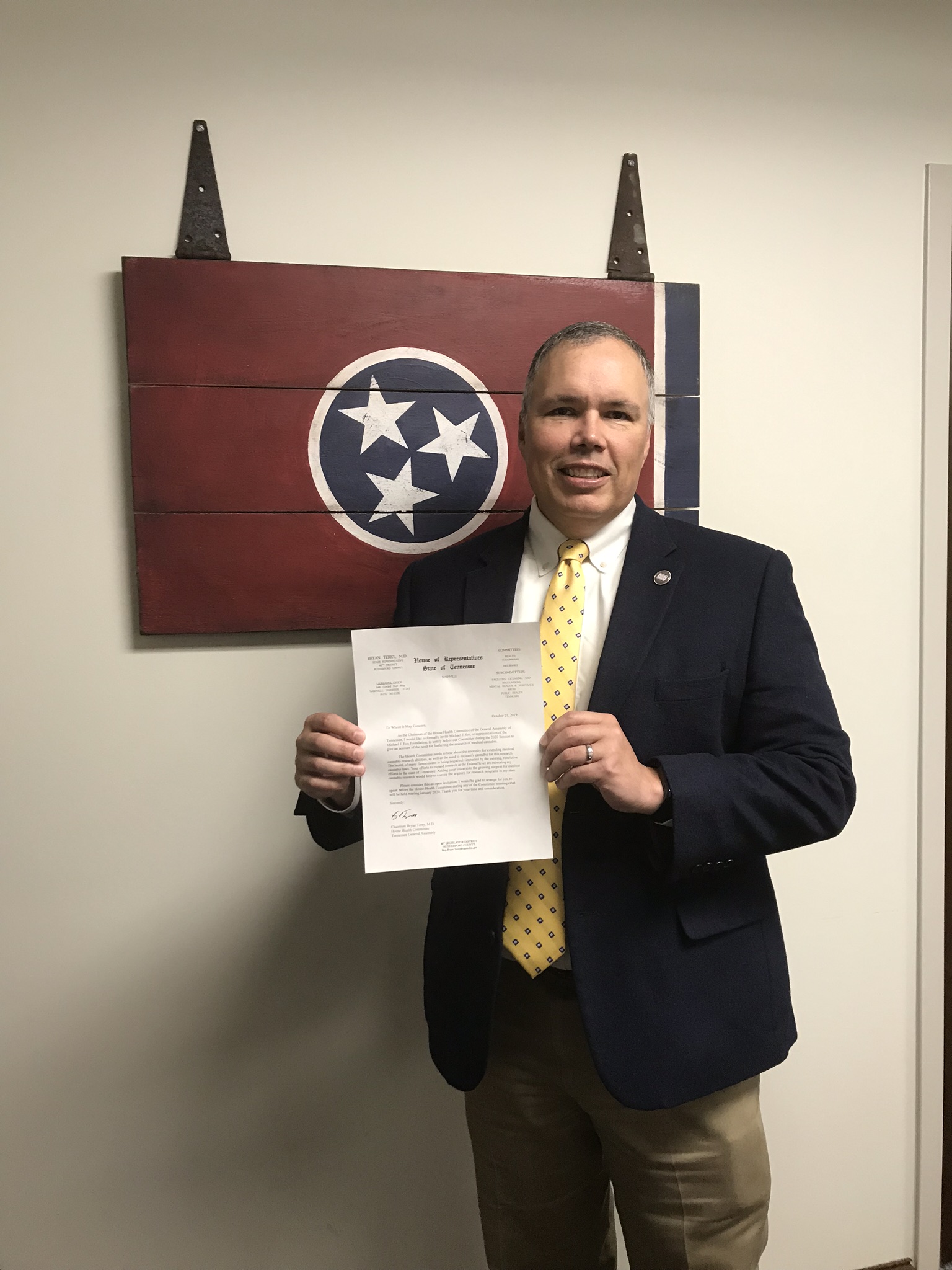 Representative Bryan Terry, MD (R-Murfreesboro), Chairman of the House Health Committee of the 111th Tennessee General Assembly, issued a formal invitation to Michael J. Fox and the Michael J. Fox Foundation, asking that Mr. Fox appear before the House Health Committee during the convening of the 2020 Session to give his testimony regarding the Foundation's efforts to support expanding research on medical cannabis.

These pieces of legislation on the Federal level correlate with Chairman Terry's efforts to improve access for patients and development of cannabis based medicines at the state level. Terry has proposed legislation such as HB 919, which would guarantee Tennesseans the right to participate in cannabis related research programs by allowing them to possess their research medicines in Tennessee, and HB 573, which would add patients with severe cancer pain and inflammatory bowel disease to the medical conditions already allowed to possess 0.9% THC cannabis oils in Tennessee. Also, Chairman Terry's HB 1011 would create a comprehensive clinical cannabis program designed to help facilitate research in Tennessee for the purpose of developing cannabis based treatments for patients. Terry's bills do not allow for smokeable nor recreational uses of cannabis, and aim to decrease the black market by providing patients with safer alternatives in a clinical setting.

In his invitation, Chairman Terry states that "the health of many Tennesseans is being negatively impacted by the existing, restrictive cannabis laws" and that the addition of the voice(s) of the Michael J. Fox Foundation "to the growing support for medical cannabis research would help to convey the urgency for research programs in our state." Chairman Terry's goal has always been, and continues to be, focused strictly on safe medical uses for legitimate patients who might, without clinical cannabis based treatments, have no other viable options for relief.

Chairman Bryan Terry, MD represents Tennessee House District 48, which is the eastern portion of Rutherford County and a portion of Murfreesboro. Terry lives in Murfreesboro and can be reached by email at: Rep.Bryan.Terry@capitol.tn.gov or by calling (615) 741-2180.