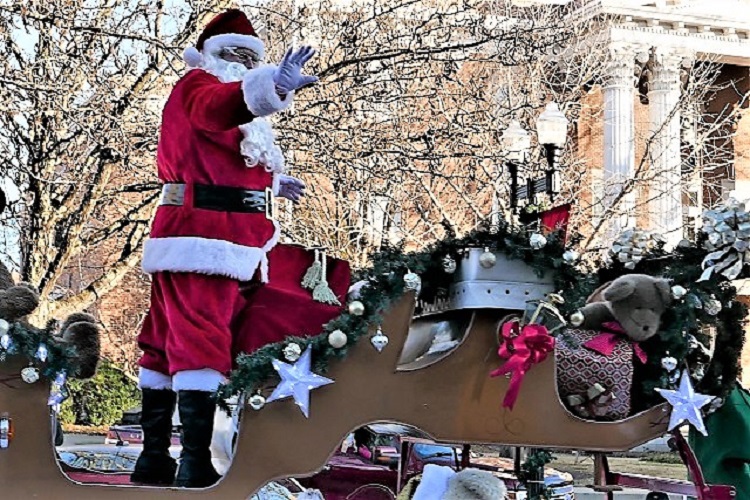 (MURFREESBORO) Those sleigh bells are heading into Murfreesboro at 2:00 o'clock this coming Sunday afternoon (12/8/2019) with the Annual Rutherford County Christmas Parade. The theme of this year's parade "The Sounds of Christmas".

Judge Don Ash is the 2019 Grand Marshal of the Christmas Parade. He will be riding in Tom Collin's 1924 Model T Ford fire truck.

Ash served as a Circuit Court Judge for Rutherford and Cannon county from 1994-2012. He also taught civil procedure at the Nashville School of law for ten years.

In 2012 the Tennessee Supreme Court appointed Don Ash to the position of Senior Judge for the State of Tennessee. He continues to serve in that capacity.

He currently is a part time professor for the National Judicial College. During his judicial service Judge Ash has held the positions of president of the Tennessee Judicial Conference and presiding judge for the Tennessee Court of the Judiciary.

Judge Ash also was the primary drafter of the Tennessee Parenting plan law which was passed by the legislature over twenty years ago.

This year's theme is the SOUNDS OF CHRISTMAS. Entries will be decorated to display that idea.

Parade Coordinator Lee Ann Walker said, "The weather is going to be 55 and no rain, so we're expecting a record breaking crowd along East Main and around the historic square."

The CHRISTMAS PARADE at 2:00PM this coming Sunday and will be the finale to a weekend of holiday fun. This weekend's activities start at 6:00 o'clock Friday (12/6/2019) night with the lighting of the Rutherford County Christmas tree at the Historic Courthouse. That event includes live music, plus Murfreesboro Parks and Recreation's "Movies Under The Stars" will present The Polar Express. Then Saturday brings Oakland Mansion's "Candlelight Tour of Homes". That begins at 4:00PM Saturday afternoon and continues until 8:00PM. It's a weekend packed with Christmas joy!

Walker concluded, "We couldn't do this without the help of individuals representing these different groups. It is truly a hometown Christmas parade."

Again, the RUTHERFORD COUNTY CHRISTMAS PARADE begins at 2:00 o'clock this coming Sunday afternoon (12/8/2019). It starts at the intersection of Middle Tennessee Boulevard at East Main Street, goes down East Main, around the square, and ends on Walnut Street.

We'll see you this Sunday at the Christmas Parade!