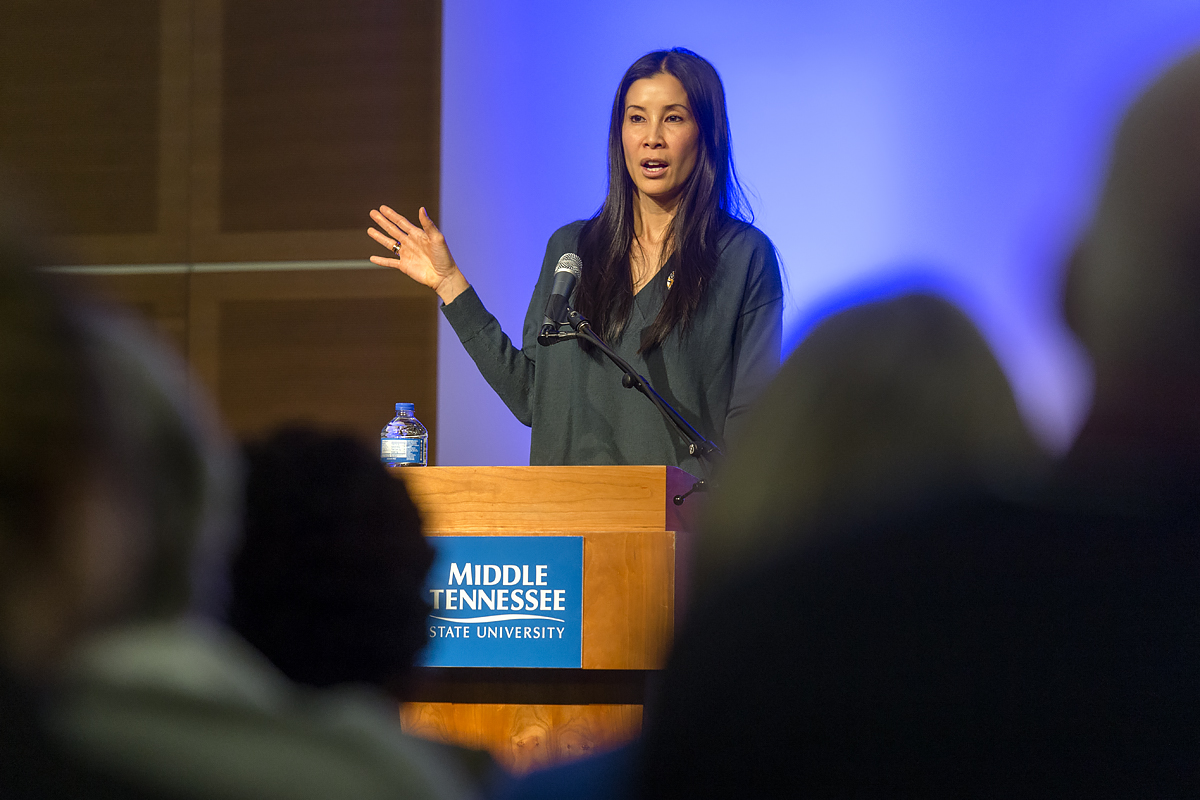 For Lisa Ling, journalism is all about telling the stories that aren't being told.

The executive producer and host of CNN's "This is Life with Lisa Ling" made that clear in her keynote address at MTSU's Women's and Gender Studies Conference Thursday (March 26).

Ling related a number of anecdotes about the stories she has covered in a career that first took her abroad when she was 22 years old.

Since her initial overseas assignment covering women's dress code enforcement in Iran, her work has also taken her to North Korea and to China.

Ling said the ability to travel, which was not financially possible when she was younger, "opened my eyes in a profound way."

In speaking to Iranian women who expressed a yearning for greater freedom in their homeland, Ling concluded, "I believe Iran will have freedom in my lifetime."

Ling also discussed the consequences for females of China's "one-child policy" of population control. The result has been the abandonment of thousands of female babies, she said, in favor of keeping male children.

In North Korea, which she visited with a Nepalese surgeon, Ling said she encountered 24-hour surveillance and the removal of her crew's technical devices. She described the citizens' devotion to President Kim Jung-un as "robotic."

After covering countries where children are allowed to stay with their mothers in prison, Ling said she found that female prisoners are less prone to violence in those institutions. She said the experience prompted her to look at how other countries do things with a less American-centric viewpoint.

"How often do we seek information about our world?" Ling said.

Ling also cited her reporting on sex trafficking in America as an example of how the media frame the teenaged girls who become caught up in the trade as the perpetrators.

Observing that the girls' pimps take every cent they make, Ling said the practice should be considered slavery.

"If you don't call that slavery, I don't know what you call it," said Ling, who advised the audience to spend a day in juvenile court to see the tragedies unfold.

In the first season of "This is Life," Ling tackled a wide range of subjects, including a sperm bank to create genius babies, the hazards of dating a "sugar daddy," the world of traveling strippers and the gay rodeo circuit.