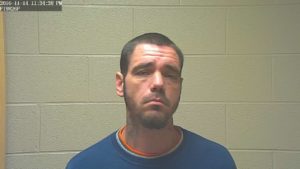 In nearby Coffee County, a man has been charged with attempted first degree murder.

Charles Robert Brandon, 31, of North D Street, Hillsboro has been charged by Tullahoma Police with attempted first degree murder of Rodney Earl Shiver, 48, at a residence located on East Lincoln.

According to Tullahoma Police, they allege that after the stabbing on Oct 12, 2016 Brandon left the area. Also Shiver got into his vehicle and left the area as well. He was later found on Montclair Street.

When Shiver was found by police he had a lot of blood coming from his stomach and mouth.

Shiver was flown to Vanderbilt University Medical Center where he underwent surgery to repair his stab wounds.

Brandon was booked into the Coffee County Jail under a $500,000 bond, this week. A court date will be set at a later date.