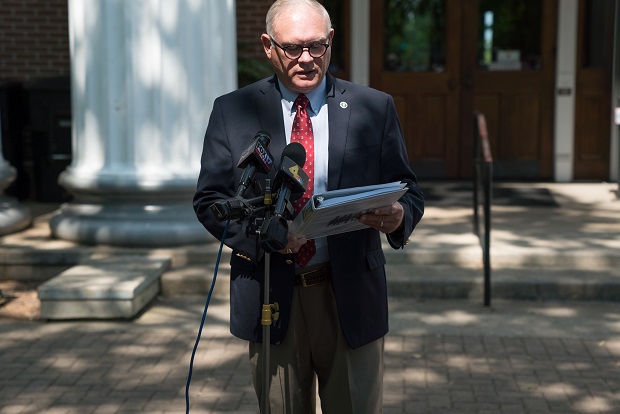 District 8 Rutherford County Commissioner Pettus Read is asking Sheriff Robert Arnold to resign. Read held a public meeting (this) Wednesday (6/1/2016) morning on the steps of the east side of the Rutherford County Courthouse on the Murfreesboro square.

Commissioner Read said that his constituents have asked him to ask the Sheriff to step down, so he did...

Despite rumors of Arnold being on "Vacation" this week, he is actually at work at the Rutherford County Sheriff's Office as confirmed by multiple deputies whom WGNS will not name at this time. 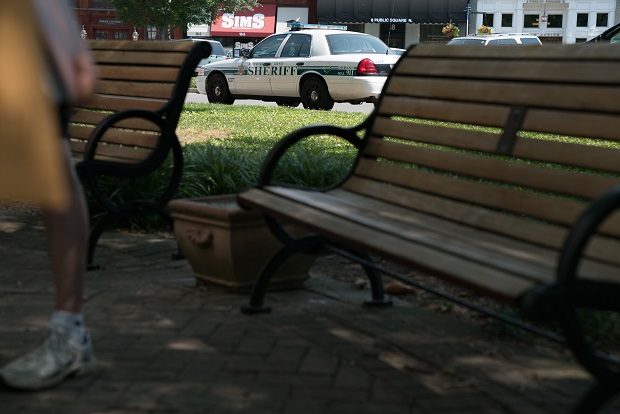 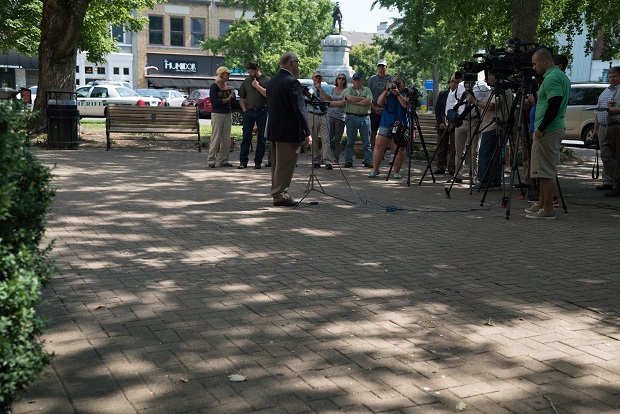 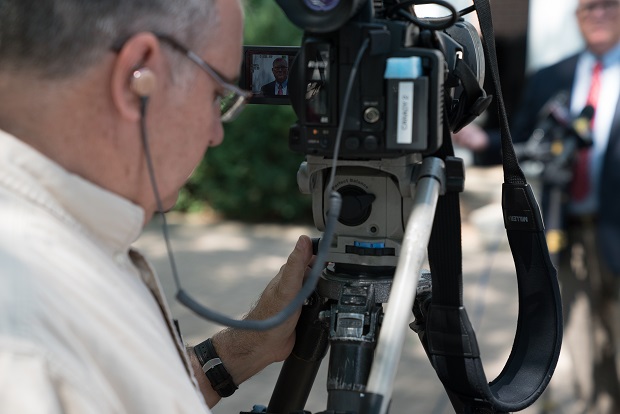 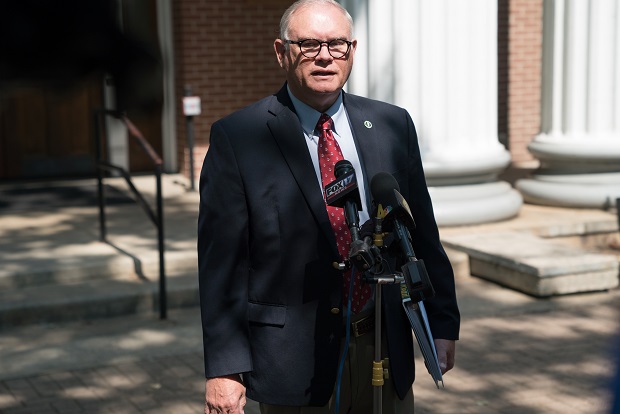 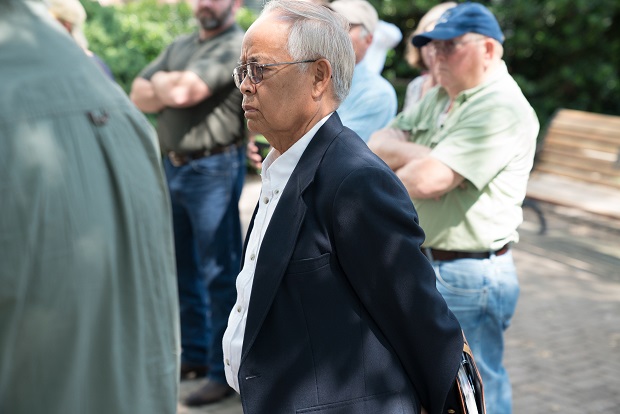 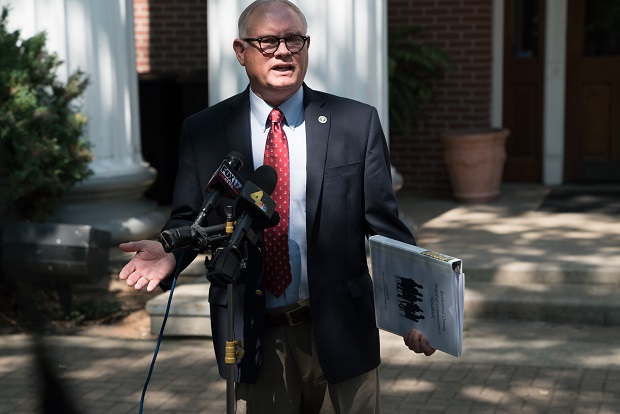 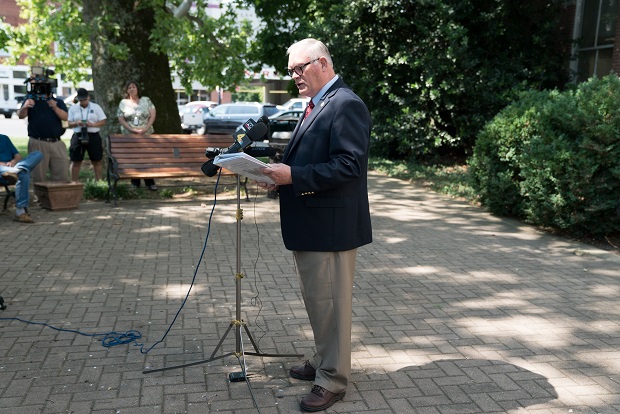 Here is the statement Read released to the community:

This past Friday, the citizens of Rutherford County were dealt a multitude of emotions covering the realms of concern, mistrust, uncertainty, lost of security, and down right embarrassment by the indictment of our County Sheriff, Robert Arnold on 13 federal charges. His indictment of misusing his authority and operating a scheme to pocket funds is not what those who elected him to that office expect of their elected officials.

I do understand that in our judicial system one is considered innocent until proven guilty and Sheriff Arnold will have his day in court. But due to these pending charges and the loss of credibility by our highest law official within county government, it is my opinion that Robert Arnold resign from his duties as Rutherford County Sheriff for the betterment of his staff, the citizens of our county, and the respect of the office he holds.

The enduring and continuing time that will be required for this court case will serve as a major distraction for our Sheriff's Department, whose purpose and focus is to protect and serve the citizens of our county. I urge Mr. Arnold to consider thinking of the department's well being by resigning to take care of the charges and allow the office to look after the people of Rutherford County with different leadership.

From Steve Lane: Steve Lane, who is currently running for state Senate in district 14, has launched an online petition calling on citizens to request Sheriff Arnold's immediate resignation, in light of Arnold's recent indictment.

"I have been fighting to Oust Sheriff Arnold, Rutherford County's Sheriff, for over a year now. After an exhaustive investigation by the FBI, Sheriff Arnold was indicted on over a dozen Federal charges and faces up to 95 years in prison if convicted. His response? He's decided to take a vacation. We need to send a message to corrupt and career politicians that we have had enough! This is why we're joining together and launching the OustArnold.com petition calling for Arnold to resign."

"Corruption of this kind is exactly what happens when people make elected office a profession, rather than serving in office as a privilege. It's one of the main reasons I decided to run for state Senate, and I promise you I'll continue to hunt down corruption and make our system open and accountable."

Prior to running for state Senate, Steve Lane championed the call for Arnold's resignation by helping found Tennesseans Against Corruption. The non-profit organization has long petitioned public officials to investigate the Sheriff for corruption, and have spearheaded efforts to remove the Sheriff through an ouster suit.

Recap of Indictments Against Sheriff Arnold (5/27/16):

Details of the original story: