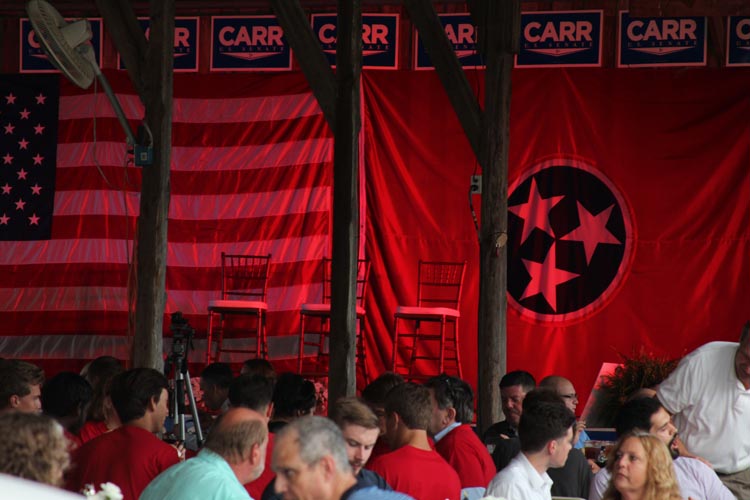 Congressman DesJarlais released a statement saying, "I'm excited to talk red meat issues with true Tennessee conservatives at this year's T-Bones and Politics dinner. Now more than ever, it's crucial that conservatives stand and fight for our beliefs."

State Senator Mae Beavers who has attended past T-Bones Events said, "I am always supportive of Joe's efforts to raise money to support conservatives and hope everyone will join us in our support".

Franklin Businessman Bill Lee who will be attending his first T-Bones Event said, "I'm looking forward to an evening of fellowship on the farm and talking politics with fellow TN conservatives at T-Bones & Politics."

This year's conservative political event will take place at The Shed at 4707 Lascassas Pike, Lascassas, TN 37085 on September 14 starting at 6pm, tickets are currently on sale. Those wishing to attend a private pre-event reception with Judge Jeanine, Congressman DesJarlais and the gubernatorial candidates may do so by purchasing a table sponsoring the event. The fundraiser benefits JoePAC, a political action committee focused on supporting and electing of conservative candidates to the Tennessee General Assembly.

When asked about this year's T-Bones event Carr said, "This year's T-Bones & Politics is going to be the biggest and best ever. We have already exceeded our goal of corporate sponsorships as well as those willing to be a table host. We are already making plans to expand the venue because of the demand for tickets."

Carr added, "Because of the heightened interest in the 2018 Governor's Race we will be conducting a straw poll. If you're interested in serious politics, there is no more enjoyable event than T-Bones & Politics"