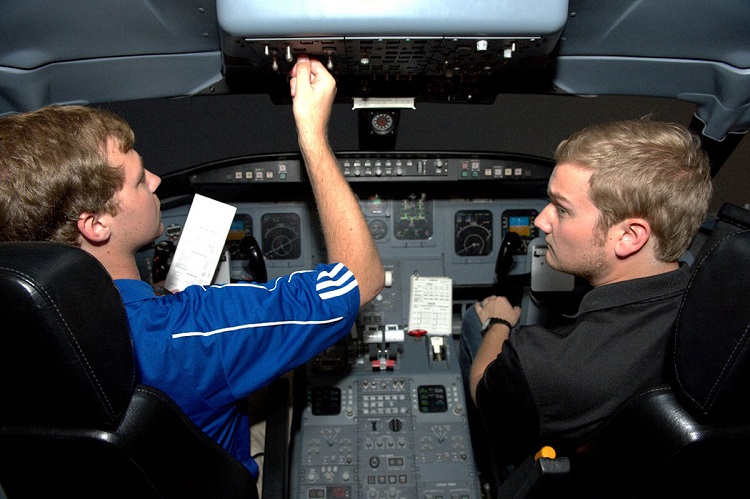 Delta is launching the Delta Propel Pilot Career Path Program to identify and mentor the next generation of pilots and the Middle Tennessee State University Department of Aerospace has been selected as one of eight initial collegiate partners.

According to the airline's announcement July 17, Delta expects to hire more than 8,000 pilots in the next decade. Delta is initially partnering with eight universities with accredited aviation programs to select collegiate aviation flight students.

The MTSU Department of Aerospace was one of the university programs Delta worked with to lay the groundwork for development of the Propel program, and is excited to be participating in this initiative.

"The clear and expedient path to a flight officer position with Delta that will be offered by this program makes it stand out above other initiatives that are seen throughout the aviation industry. While our pro pilot students currently have many options available to them, we feel the Propel initiative will quickly become the partnership program of choice," said Wendy Beckman, aerospace department chair.

Successful candidates will be provided a Qualified Job Offer, or QJO, detailing a defined path and an accelerated timeline to become a Delta pilot. Students with a QJO will receive an advanced engagement opportunity that will immerse them in the Delta culture on and off campus including a Delta pilot as a mentor for the duration of their training and career.

The Propel program is the first in the U.S. to offer students their choice of three unique career routes and an accelerated timeline to progress to Delta, in 42 months or less, after:

Established in 1942, MTSU's Department of Aerospace has grown into one of the most respected aviation programs in the nation. Twenty-nine full-time faculty and staff, 50 flight instructors and 800 majors place it among the largest of the nation's collegiate aviation programs. Aerospace students can choose from six concentrations: Professional Pilot, Maintenance Management, Aviation Management, Flight Dispatch, Unmanned Aircraft Systems Operations, and Aerospace Technology. A master's degree in aeronautics is also offered.