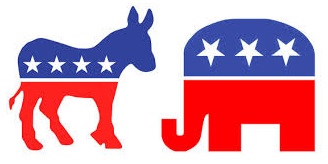 The Tennessee Democratic Party is "turning up the heat" on Knox County.

Tennessee Democratic Party Chair Mary Mancini attempted to contact the Knox County Election Commissioner on Wednesday, the day after the election, but was told that he has not been seen in the office all day, and Thursday was a holiday.

Mancini said, "With approximately 150 votes separating the Republican incumbent Eddie Smith from Democratic challenger Gloria Johnson, when more than enough provisional ballots exist to affect the results, with only 15 minutes left in their business day, and when voters only have a couple of more hours to have their votes counted, it is inexcusable that we are being told that the Administrator of the Knox County Election Commission, Cliff Rodgers, has not been seen all day."

She continued, "There are questions that need to be answered and a Freedom of Information Act request that needs immediate attention. Where is he and why isn't he answering basic questions? What's going on over there?"

Mancini noted that the Provisional Counting Board is meeting on Monday with the Knox County Election Commission.

Those close to Smith explained, "Put it all together, and it spells sore loser."