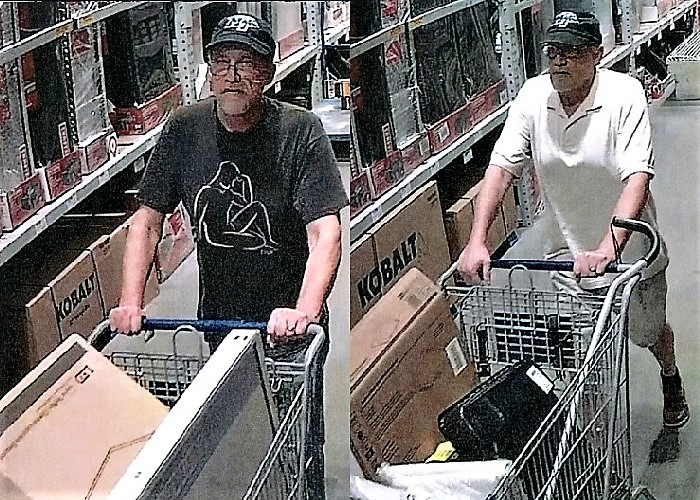 Do you recognize this man? Surveillance cameras at Lowe's on the Old Fort Parkway shows this male with hundreds of dollars of merchandise that reportedly was not paid for. He allegedly left in a light colored Pontiac Torrent SUV. Please phone Murfreesboro Police Detective Ed Gorham at 629-201-5507.