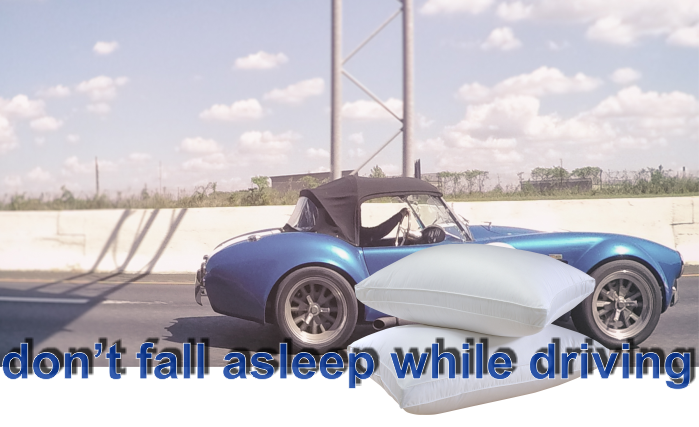 The holidays are upon us. For those of you who are going to be spending significant time behind the wheel, remember that rest is essential for your safety.

The lack of a good night's rest can do more than put you in a sour mood. Drowsy driving can impair your skills, leading to potentially disastrous consequences.

A whopping 37% of adults in the U.S. say they've nodded off at the wheel at some point in their lives, according to a poll by the National Sleep Foundation.

Those most at risk for driving while drowsy include:

According to the National Highway Traffic Safety Administration, on average there are 56,000 crashes annually in which driver drowsiness/fatigue was cited by police, with roughly 40,000 nonfatal injuries and 1,550 deaths. Besides accidents, sleepiness can lead to higher stress levels, slower reaction times and faster, more aggressive driving.

Follow these common sense steps to stay alert and safe on the road:

You can read about one family's battle against drowsy driving here.