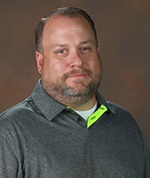 Siegel boys basketball coach Ben Dotson has resigned. His resignation was announced to his team on Tuesday, just six days after his team's last game of the season. He plans to stay at the school as a teacher.

Dotson, through the team's basketball website, said he desires more time to be with his daughter and wife. He became a father last year. Principal Larry Creasy will begin a search for his replacement. Jon Palmer, the son of longtime MTSU play-by-play announcer Dick Palmer, has been on staff for many years. Also, former Oakland head coach Mike Wright was hired as an assistant this year.

Dotson, only the second head coach for boys basketball, had much success during his eight-year reign. His teams made four state tournament appearances, including two trips to the final four in 2011 and 2013. His teams also won three district and region championships.