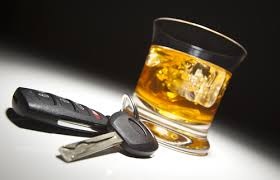 A possible fight summoned Murfreesboro's finest to the Camino Real on Rideout Lane in Murfreesboro last month. Once on the scene, no fight was to be found. But, police did spot a Honda Civic with substantial rear end damage.

When officers spoke to the driver of the car, they quickly realized that while he was working at the restaurant, someone struck his Honda that was parked in the parking lot and fled the scene. Customers who saw the fender bender told police that a truck hit the car and left the area.

Nearby, police observed a white truck with front end damage. A driver and passenger of the truck were allegedly spotted while walking away from the pickup. Police pulled into the nearby Kohl's Department Store parking lot to question the duo.

A brief foot pursuit for one of the two ended with handcuffs while the other stood by to speak with authorities. The driver eventually admitted to police that he consumed alcohol and then an into the parked Honda. When 22-year-old Isidoro Silva-Acuna performed a field sobriety test and failed, he was arrested and charged with DUI and leaving the scene of an accident.