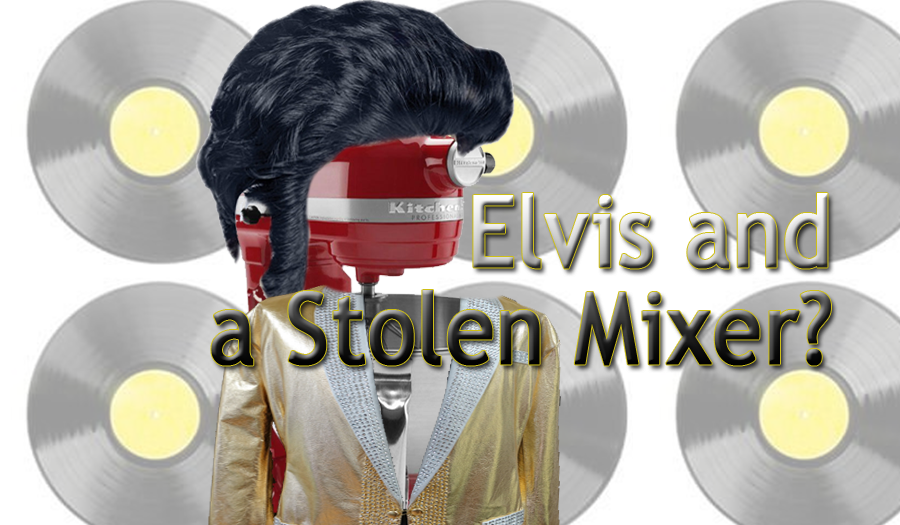 Elvis Presley is wanted by the long arm of the law in Crossville, Tennessee.

A man with the same name of the King of Rock N' Roll allegedly visited the Crossville Walmart and reportedly stole a $400 Kitchen Aid mixer. The mixer was said to be taken from the store as it was recorded on a surveillance video. It was that video recording that police looked at and then reported that the subject looked like a Sparta, Tennessee man with the name of "Elvis Presley."

The subject who stole the mixer was seen walking out the door and to a Toyota Camry that was waiting in the parking lot. The culprit then got into the passenger seat.

When the vehicle left the parking lot, the driver almost struck another car. However, the man who is allegedly named "Elvis Presley" got away with his new mixer. As a result, there is now a warrant for theft of merchandise in Crossville for "Elvis Presley."