Empty Mapco Gas Station leads to an arrest of employee 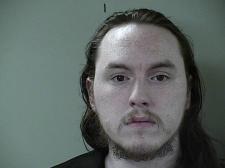 When officers arrived at the Broad Street store, they called an area manager who reviewed in store video. It was then learned that a worker on duty allegedly took over $1000 out of the gas station safe and left, leaving the doors unlocked.

Police then attempted to locate the Mapco employee without success. After failing to find the man, warrants for theft over $1,000 were obtained.

After several minutes passed, Jeffrey Houck showed up at the store. He informed police that he was instructed to take the money out of the store safe and cash register. Houck said that he was scammed by a phone call to take the cash.

Houck was arrested and charged with theft. He will get a chance to explain the situation to the courts on January 19, 2017.