Falsification of a Drug Test and Evading Arrest in Murfreesboro 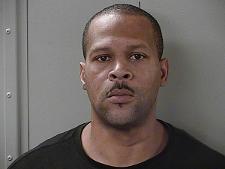 A Shelbyville man faces a number of charges in Murfreesboro after police say they spotted the subjects Ford Mustang parked in the parking lot of a closed business on Joe B Jackson Parkway.

When police approached the car, that was turned on and occupied, officers asked the motorist to roll down his window. An arrest report shows that Roger Lee Porter rolled the window down, which was when police say they smelled marijuana.

The arresting officer asked Porter why he was in the business parking lot to which he replied that he was waiting to go into work. Shortly after, police asked the 49-year-old man to exit the car, but he allegedly refused. When officers opened the door of the Mustang, he reportedly attempted to close his car door.

The first officer on the scene drew his weapon when Porter reached for the center console area of his car. The man was then ordered at gunpoint to exit, which led the suspect to take off on foot.

Porter was tackled to the ground a short distance away and arrested.

Inside the car police found hydrocodone polls, a small amount of weed, some type of yellow liquid in a plastic case that appeared to be urine and three "Joints," according to the October 2, 2018 report.

Porter was charged with resisting arrest, evading arrest, simple possession of a schedule 6 and schedule 2 drug, assaulting an officer, falsification of a drug test due to the bottle of urine and tampering with evidence.

Porter will appear in court on December 3, 2018. The Shelbyville resident is currently free on bond.