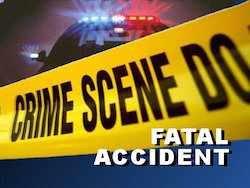 A man from Chapel Hill, Tennessee has been arrested after his alleged involvement in a DUI fatal accident this past Saturday night. The wreck occurred on Highway 41A in Bedford County.

24 Year old Kyle A. Nevison was hauling a boat with his pickup truck when he reportedly crossed into the oncoming lanes. The Tennessee Highway Patrol reports that his truck struck a Ford Escape head on killing 72 year old Sylvia H. Ogle and injuring passenger Jerry F. Ogle, age 71.

Nevison was charged with vehicular homicide, DUI, and simple possession of a schedule VI. He was also cited for possession of drug paraphernalia.