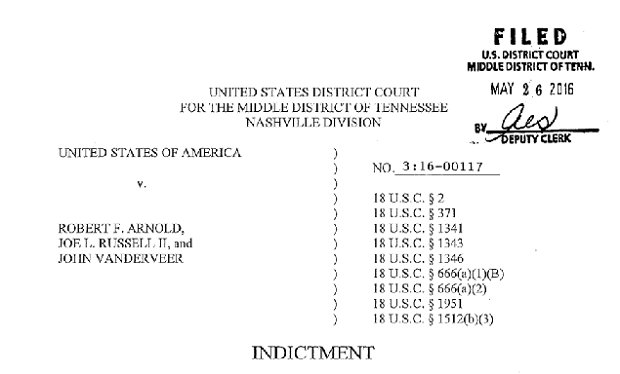 The uncle of former Rutherford County Sheriff Robert Arnold pleads guilty in federal court for his part in the JailCigs case.

John Vanderveer pleaded guilty in a Nashville federal courtroom to one count of witness tampering Monday.

Each count in which they entered guilty pleas could carry a 20-year prison sentence each and hefty fines. Sentencing will take place at a later time.

The trio was facing a 14-count indictment stemming from an unauthorized plan to sell e-cigarettes to Rutherford County jail inmates through a company co-owned by Russell and Vanderveer, in which Arnold invested.