Franklin Police on the search for a Murfreesboro man 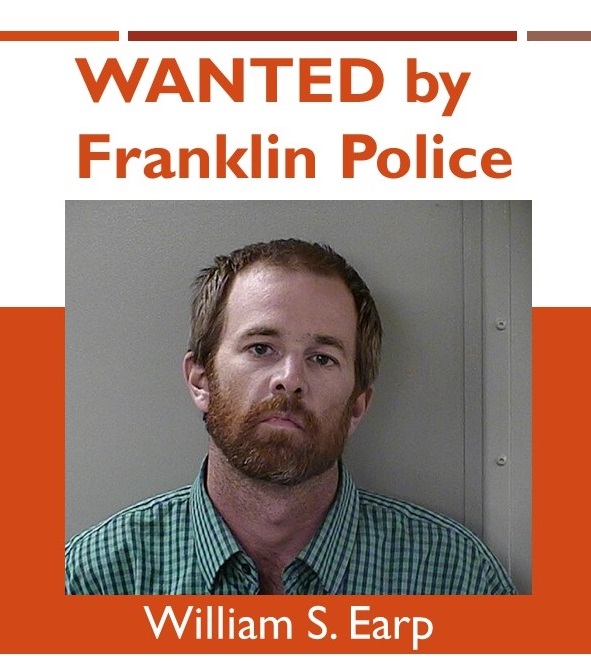 Franklin Police and Crime Stoppers are offering a cash reward for information on the whereabouts of a Murfreesboro man. 35-year-old William Earp has eluded attempts by officers to take him into custody. Earp, a convicted felon on probation, is now considered a fugitive.

On January 11, 2016, Earp ran from T.J. Maxx Loss Prevention Officers who were attempting to arrest him for shoplifting, according to Franklin Police. Once he got to his vehicle, Earp sped away nearly striking a shopper. He is now wanted for Felony Theft and Reckless Driving.