Get Oakland Football Tickets Between 1-3pm to Beat Lines 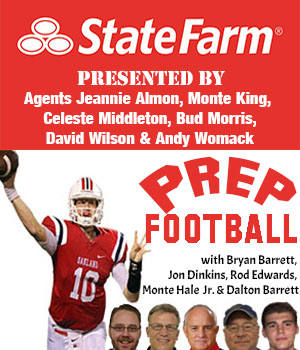 Planning to go to the semifinal football game tonight (Friday) as Oakland battles Maryville? If so, you can beat the lines at the ticket booth. The main gate will be open between 1-3pm at the school for fans who want to get their tickets early. That will get you admission into the stadium without having to wait in the anticipated long ticket lines before the game.

A large crowd is expected as the undefeated Patriots battle the undefeated Rebels for a spot in next week's Class 6A state championship game. Kickoff is set for 7pm. Bryan Barrett, Jon Dinkins and Rod Edwards will have coverage beginning at 6pm here on NewsRadio WGNS and State Farm Prep Football. Take your radios or smartphones with the WGNS app and listen during the game.