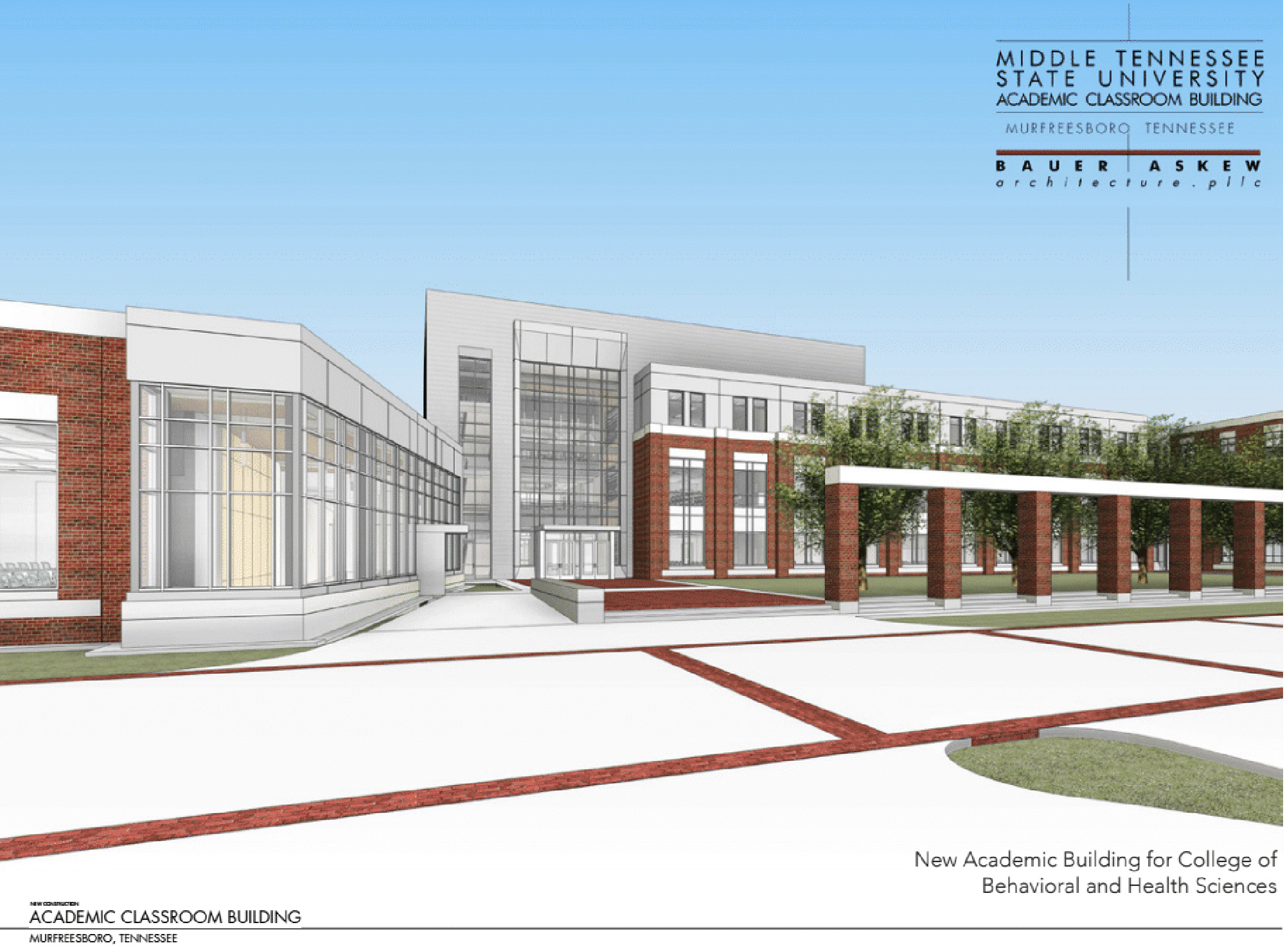 The MTSU building, ranked No. 1 on the higher education priority list by the Tennessee Higher Education Commission, is among $94.8 million in capital outlay projects that Haslam recommended for the state's universities, community colleges and technical colleges.

If approved by the Tennessee General Assembly, the building will bring together the college's departments of Criminal Justice, Psychology and Social Work to allow for greater collaboration. It will also provide critically needed classrooms, offices and lab space for the university.

The building, which would be located between the Student Union Building and the Livestock Center, would be completed by Fall 2020 if approved. The recommendation would provide $35.1 million in state funding and require the university to raise $2.9 million through other sources.

"We appreciate the governor's continued support of our university and look forward to favorable consideration of his recommendations by the General Assembly," said MTSU President Sidney A. McPhee.

The governor also asked for the Tennessee Board of Regents and the six locally governed institutions to receive $2 million for campus safety projects, of which MTSU would receive almost $214,000 of this funding.

Haslam's budget request also included $750,000 for the project between MTSU and Meharry Medical College for a fast-track program for select, qualified students to receive both an undergraduate degree from MTSU and a medical degree from Meharry in six years. The program is slated to begin in Fall 2019.

The governor also recommended $2.6 million to fund a 2.5 percent increase in salaries for all employees, effective July 1. The cost to implement the proposed increase across campus would be $3.7 million and the university would have to fund the difference with other monies.