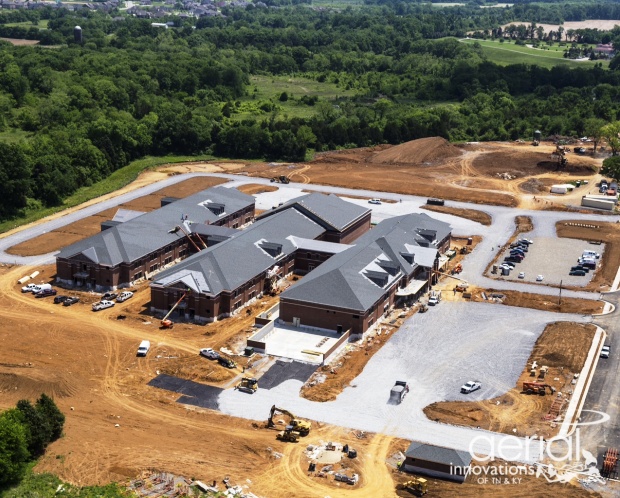 Above: Photo of construction in 2014 as the Overall Creek school was being built. The new school will look very similar.

Murfreesboro City School's 13th elementary school is slated to open for the 2019-20 school year. The official groundbreaking for the school is planned for Tuesday, July 17 at 5:00 p.m. The school site is located at 3275 St. Andrews Drive, just off Veterans Parkway.

The two-story school will be designed for up to 1,000 students and will utilize the same plan and general layout as Overall Creek Elementary. It will be constructed on a 25-acre campus with an estimated cost of construction at $27.8 million."The three schools that serve the communities west of I-24 are at capacity. So we are very, very grateful to all who are working so hard to ensure the school opens by next year," says Dr. Linda Gilbert, Director of Schools.

This fall, a school naming committee will be appointed to seek names from the community and staff. The committee will present a slate of names to the City School Board for final approval. Until an official name is adopted, the school shall be referenced as Southwest Elementary.

A geotechnical investigation found the land suitable for geothermal heating and cooling. Overall Creek and John Pittard Elementary are also geothermal schools which save thousands of dollars each year in electric bills.

Additional information about Murfreesboro City Schools can be found at www.cityschools.net