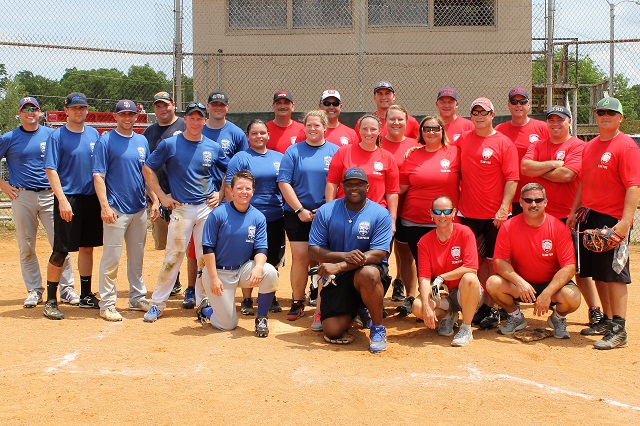 Guns and Hoses filled the Old Fort Park on Saturday to raise money for the American Cancer Society.

In a back and forth game where the lead was exchanged several times, Murfreesboro Fire and Rescue Department secured the win 16-15.

Chief Mark Foulks said, 'The real winners to us are the men and women who benefit from the funds raised by our efforts. Proceeds assist Rutherford County's efforts to raise money for cancer research through the American Cancer Society."