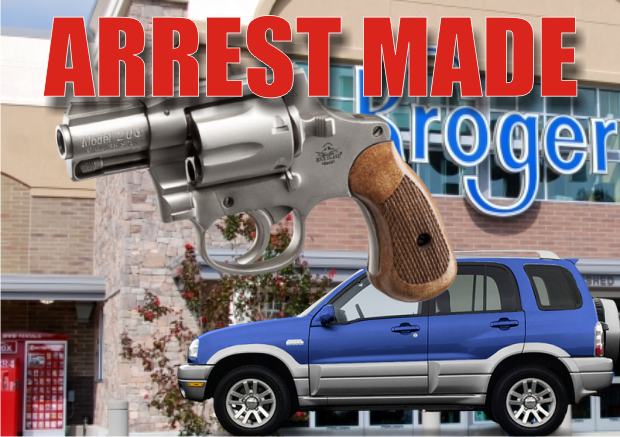 The two victims told officers they were in the parking lot when one of the two men saw an SUV parked in front of their car. One of the men then saw a black male with dreadlocks next to the car with a revolver in his hand.

After seeing the subject with the gun, the two took off running as opposed to trying to make it to their parked car. While running, both reported hearing gunshots. The two ran all the way to their Chelsea Place Apartment complex where they dialed 9-1-1.

Minutes later, a traffic stop was made on a vehicle that matched the description given by the victims. The man in the SUV was taken to the police station where the victims later arrived to positively identify him.

20 Year old Eric Blivens was arrested and transported to the local jail. A revolver that was found in the SUV during a traffic stop was placed into the police evidence room.

Blivens declined to make any statement to police when questioned. He was charged with two counts of aggravated assault, possession of a handgun while in the commission of a felony and reckless endangerment.