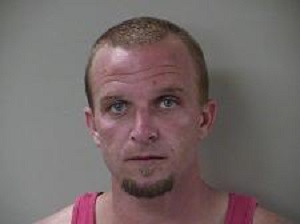 A 31-year old Nashville man is charged with DUI and driving on a revoked license for the third time.

He reports Michael Dewayne Merryman appeared to be under the influence and there was evidence of empty beer bottles in the vehicle. After failing field sobriety tests, he was arrested.

It was then revealed he had two prior DUI's, for which his license had been revoked. Merryman was booked into the Rutherford County Adult Detention Center on a four-thousan dollar bond.