"In God We Trust" to be displayed in Tennessee All Schools 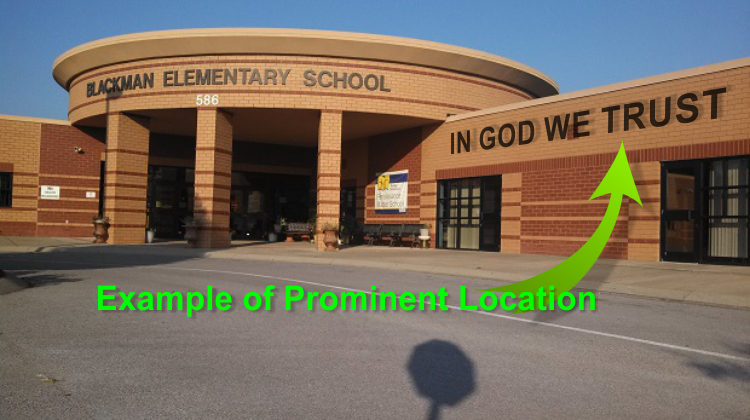 When Tennessee K-12 public students begin classes next month, the national motto "In God We Trust" will be required to be posted somewhere in their schools.

The bill says local districts shall require each school to display 'In God We Trust" in a prominent location such as an entry, cafeteria or common area.

The bill's sponsor said there is no penalty for not displaying the motto.

The bill's language says the motto can take the form of a mounted plaque or even student artwork.