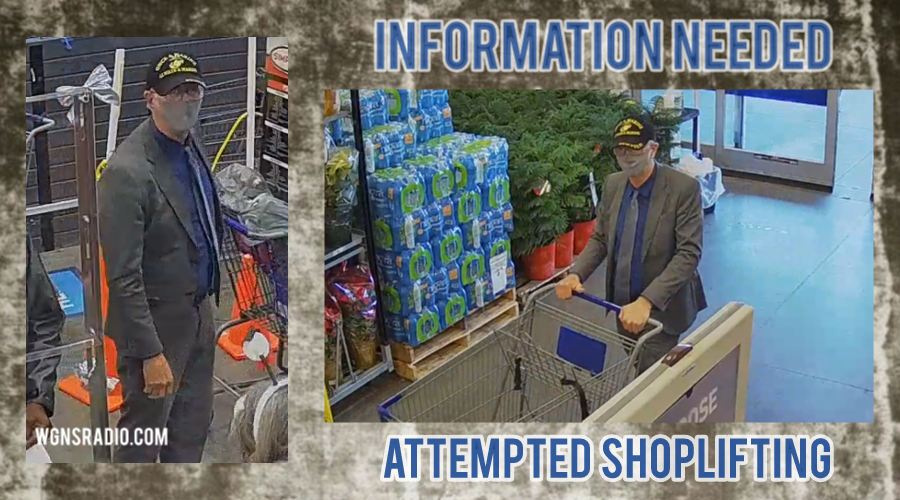 The Murfreesboro Police Department has issued a BOLO (Be On the Lookout) for a subject caught on camera allegedly attempting to steal merchandise from Lowe's.

MPD detectives believe the unknown man attempted to steal a cart of tools and equipment totaling $1,543.13. The incident reportedlytook place at Lowe's on Old Fort Parkway on November 27, 2020.

Evidently, the man was able to push the shopping cart past cash registers, but was stopped at the exit by a loss prevention employee. After being stopped at the doorway, the subject left the cart and fled the business.

Police told WGNS that the man left the area in a black 2000's model Chevy Suburban, with an out-of-state license plate. A female was waiting inside.  If you have any information on the identity of this person, please contact Detective David Harrison at 629-201-5506.