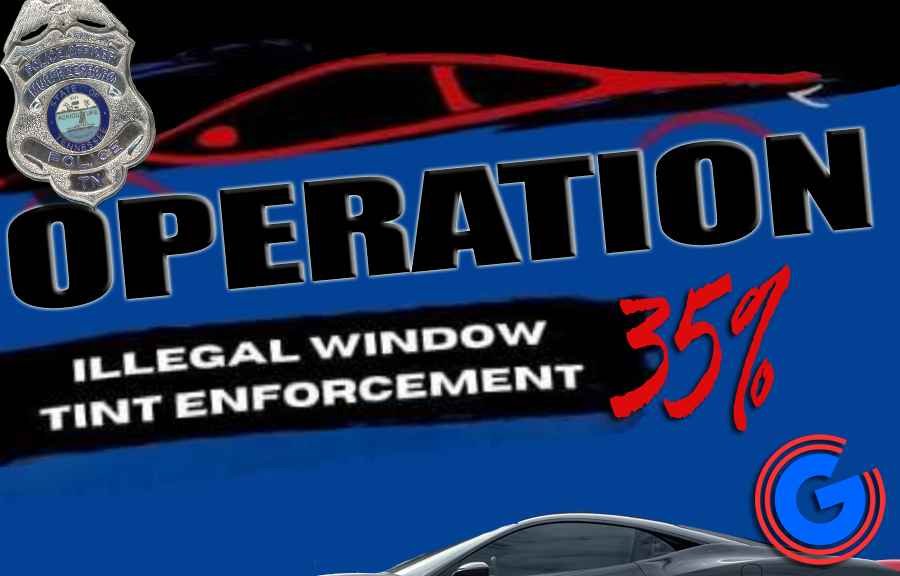 SEE UPDATE BELOW - Number of Citations = 80

UPDATE - Number of Citations Written Released to WGNS NEWS: Murfreesboro Police and the Rutherford County Traffic Safety Task Force recently cracked down on those who had window tinting that was too dark or on the windshield of their vehicle.

Tennessee law states that it is unlawful to operate any motor vehicle in which any window has a visible light transmittance equal to but not less than 35-percent.

One Arrest Made During Operation

While window tint was the spark that led to the operation, the event ended up netting one arrest. Police caught one man who allegedly decided to run from the law.

As an officer was writing a citation, 26-year-old Charles D. Valentine allegedly ran a red light at W. Northfield Blvd. and struck another vehicle.

Public Information Officer Larry Flowers told WGNS, “Valentine then ran away from the scene - into the Kroger parking lot. Officers tracked him down behind Georgetown Wine and Spirits on W. Northfield Blvd. He surrendered and was taken into custody.  He was taken to the hospital for minor injuries from the crash.”

Valentine was handcuffed and booked into the Rutherford County Adult Detention Center. The Nashville resident now faces a total of 7-charges for everything from failing to have proof of car insurance to felony evading arrest.