COMMENTARY: The English Language - Rights and Wrongs, by one MTSU Professor 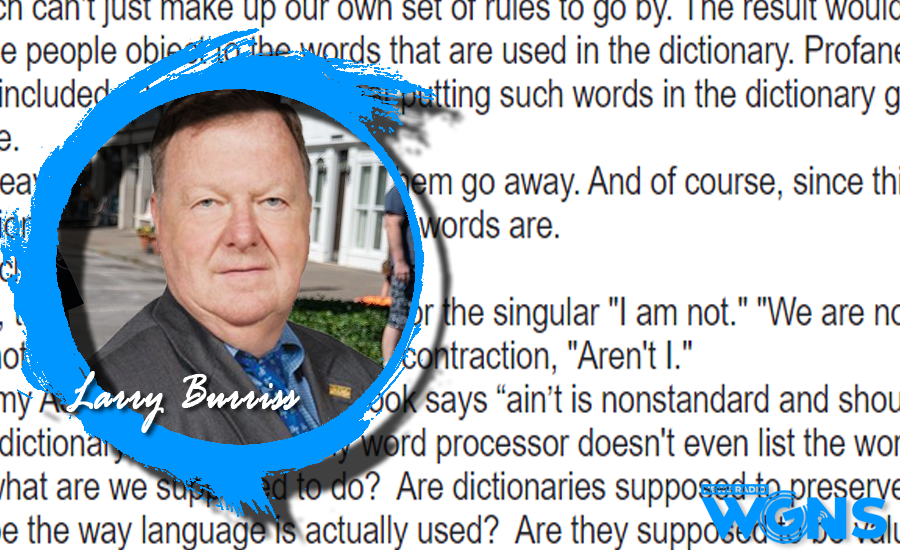 The pros and cons to the American language - - or perhaps the right and wrong? With more on this subject, here is MTSU professor Larry Burriss...

Verbatim: "Nothing gets linguists, academicians and English teachers so riled-up as discussions of what is right and what is wrong with the language.

Purists insist there are standards that must be maintained at all costs. What they don't often seem to realize, however, is that the standards change. The definitions of words change, and even the acceptability of certain words change.

Even a cursory look at the writings of William Shakespeare, considered by many to be the pre-eminent master of the language, will reveal slang, changes in meaning and even words that are no longer acceptable, or used, in polite society.

But at the same time, if standards of usage are not maintained, how will we be able to communicate with each other? We each can't just make up our own set of rules to go by. The result would be total confusion.

Some people object to the words that are used in the dictionary. Profane and obscene words, some people say, should not be included. Opponents say that putting such words in the dictionary gives them some kind of legitimacy they do not deserve.

But leaving them out won't make them go away. And of course, since this is a radio station governed by federal regulations, I can't tell you what those words are.

The classic case is the word "ain't."

Now, there is no good contraction for the singular "I am not." "We are not," of course, is "We aren't." And the phrase "Am I not," although awkward, has a contraction, "Aren't I."

But my Associated Press Stylebook says “ain’t is nonstandard and should not be used.

The dictionary that's part of my word processor doesn't even list the word.