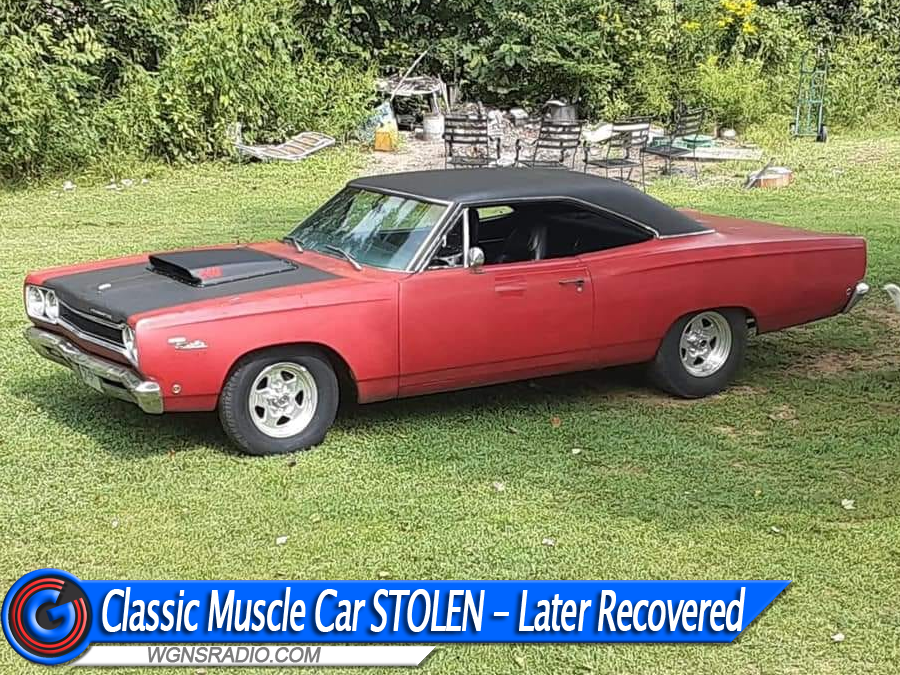 It wasn’t just any vehicle that was reported as STOLEN in Cannon County area this past week, it was a classic muscle car. Evidently, the red and black Plymouth Road Runner was stolen from the parking lot of Dollar General store in the Short Mountain area.

After the car was taken, authorities had at least two reports of it being sited. One of the sightings took place in Bradyville and the other was in Readyville.

The Road Runner was later spotted a third time on Halls Hill Pike in the Murfreesboro area, which was when it was recovered by authorities in Rutherford County.

There is no word yet on who stole the car.

The Plymouth Road Runner was produced between 1968 and 1980. Of course, the most sought after years were the ’68, ’69 and ’70 models. Some Road Runners in pristine condition can fetch as much as $100,000 at car auctions, according to Hagerty, a company that insures antique and collectible rides.