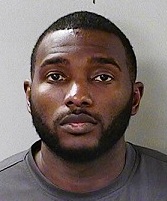 An investigation by Special Agents with the Tennessee Bureau of Investigation and other Middle Tennessee law enforcement agencies into the distribution of fake Percocet pills has resulted in the arrest of a Murfreesboro man.

Counterfeit Percocet pills laced with Fentanyl have resulted in the deaths of at minimum, three individuals and have accounted for as many as 15 other drug overdoses in Rutherford County.

During the course of the investigation, Agents developed information that Johnny L. Williams, 30, was an individual responsible for selling the fake pills.

On Friday night, Agents arrested Williams at his home on Mason Pike in Murfreesboro. Williams was charged with one count of Sale of Schedule II Controlled Substance and was booked into the Rutherford County Jail on a $100,000 bond.

The investigation remains ongoing and additional charges and subjects are anticipated.