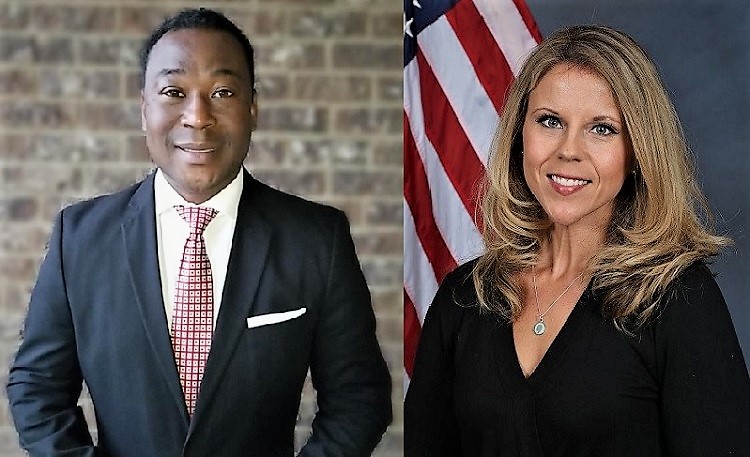 Flowers comes with a wealth of experience in the communications field, having worked nearly 29 years in television news. Most recently, Flowers has served as a Multimedia Journalist for WKRN News 2 in Nashville, TN. He held the same position at WSMV Channel 4 News, also in Nashville, for 14 years.

Murfreesboro City Manager Craig Tindall said, "Larry is well-known as a skilled communicator with a strong reputation in working hard to keep the public informed about a variety of important issues to Middle Tennessee, especially Public Safety. We are excited about hiring someone of Larry's caliber and trust he'll work with the media to keep our community well-informed."

Murfreesboro Police Chief Michael Bowen commented, "We are extremely pleased to welcome Larry as our new PIO. He is well-respected among individuals in both media and law enforcement professions. His broad knowledge of public relations and journalism principles and practices enable him to more fully understand the importance of keeping the community informed. We know Larry will continue that reputation in his role as a public safety communicator."

Prior to coming to the Music City, Flowers was a Multimedia Journalist and Weekend Assignments Editor for WLBT TV 3 in Jackson, Mississippi. Flowers began his career in television news in 1990 at KLTV 7 East Texas News in Tyler, Texas, where he worked as a Multimedia Journalist. He was also producer and fill-in host for In the Morning Gospel Talk Show. Flowers also has a background in radio, serving as an announcer for WMPR 90.1 FM in Jackson, MS and WUSM 88.5 FM in Hattiesburg, MS.

Flowers noted, "It is an honor and privilege that Chief Mike Bowen and City Manager Craig Tindall have confidence in me for this position. My background in television news will afford me the opportunity to work closely with area media partners in disseminating information in a timely manner. In addition, I look forward to telling positive stories about the men and women of MPD who put their lives on the line everyday protecting and serving the citizens of Murfreesboro."

Larry Flower's reporting skills will also be utilized to publish news on CityTV, YouTube, Facebook and other social media platforms.

A Mississippi native, Flowers has a Bachelor of Science degree in Radio, TV and Film with an emphasis in Broadcast Journalism from the University of Southern Mississippi in 1989. He also attended Jackson State University and Tougaloo College. Flowers is an Emmy-nominated journalist. He has won many awards for his reporting and news photography. Flowers served as a student instructor and taught radio production classes at Southern Mississippi. He was also a volunteer instructor at Jackson State University and taught an Electronic News Gathering production lab. He and his family currently reside in Rutherford County.

Flowers will serve as part of the public information team within the City Manager's office, but will be housed at the Murfreesboro Police Headquarters on N. Highland Avenue. The mission of the City's Public Information Office is to communicate city policy and initiatives, increasing civic participation through a variety of broadcast and social media communication outlets, and facilitating internal communications within the organization.

He will start the position on Jan. 22 and report to Public Information Director Mike Browning within the City Manager's Office.

As part of the reorganization, Ashley McDonald, who has served as spokeswoman for the Murfreesboro Fire and Rescue Department, is being elevated to assistant public information officer serving the City Manager's Public Information Office. McDonald will continue to serve as PIO for the MFRD while assisting the PIO Director with external and internal communications and event planning.

McDonald has served as Murfreesboro Fire Rescue PIO since 2012 and has been with the City of Murfreesboro since March 2007. She was recently elected vice president of the National Information Officers Association (NIOA) and will graduate from the FEMA Emergency Management Institute's Master PIO Program in September 2019. McDonald is a 2005 graduate of Middle Tennessee State University with a degree in Mass Communication and Journalism with emphasis in Public Relations.