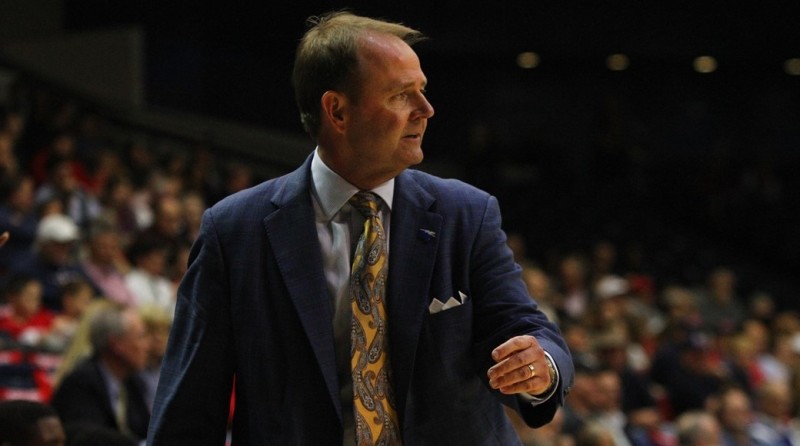 While Blue Raider Coach Kermit Davis is being a Southern gentleman and not saying a word about future plans, the men on the squad have burst forth with exploding energy. Could they be feeling "Let's do it for our coach".

One shoe drops with the NIT releasing the tip-off for the second round. Again, that's 6:30 (Central Time) Sunday night in Louisville's KFC Yum Center.

And after all, wouldn't it be True Kermit to leave in a positive blaze of glory? That's a win-win for MTSU, the team, fans and especially the coach and his family. That is the epitome of being True Blue!

Even though the NCAA snubbed MTSU from its tournament, the first round of the NIT saw the Blue Raiders fire past Vermont 91 to 64 in Murphy Center last Tuesday (3/13/2018).

As the Blue Raider flagship station, WGNS broadcast NIT round one, where Kermit said, "My full focus is Middle Tennessee basketball and how we can make a run and keep trying to keep these guys playing in the NIT tournament."

And he means it, but Ole Miss is not playing by those same rules. They are openly talking to the media about "When Davis arrives", "Will he bring any of his assistant coaches", and they're already tasting an increase in fan participation.

He grew-up the son of a coach, so it's deep in his genes. His dad, Kermit, Sr., was Mississippi State's head coach 1971-1977, and dad was the SEC Coach of the Year during his first season. Kermit would be returning to the Magnolia State as a favorite son.

The 58-year old Blue Raider head basketball coach is a Mississippi native. That's not the only rope pulling Kermit home. His parents are excited. With 59-years of marriage under their belt, his mom and dad are both cancer survivors. Certainly that has an influence on the decision.

Last December, the Blue Raiders faced Ole Miss and pounded the Rebels 77 to 58.

It appears the Oxford, Mississippi fans liked what they saw in Davis, and the Rebels are now making statements alluding to this being a "done deal".

You've always heard "when there's smoke, there's fire". With all of the conversation from Mississippi, don't expect any confirmation from Kermit until after the final number goes on the this season's NIT scoreboard for MTSU. That's just the way Kermit is.

So yes, "Let's do it for our coach"! And yes, you'll hear it on the Good Neighbor Station.