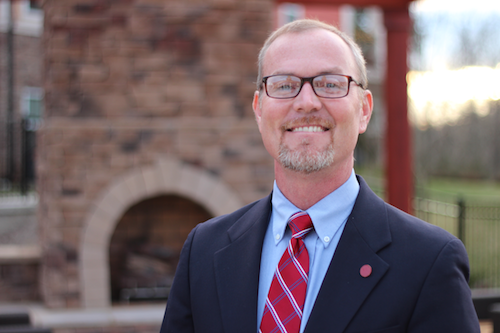 "I am running for the people of the 14th Senate district and against the system of entrenched incumbents doing the bidding of wealthy special interests instead of following the wishes of their constituents," Lane said. "And while Jim Tracy will undoubtedly run on the record of the legislature, I will be running on Jim Tracy's record of representing wealthy special interests rather than the people of Bedford, Lincoln, Marshall, Moore and Rutherford counties."

Lane, a custom homebuilder, is married and has six children. He is not and never has been a career politician.

The main problem facing Tennessee, Lane said, "is that that we keep electing the same old political insiders to office.

"Once they join the Nashville country-club, they just play politics as usual," he said. "Nothing changes."

The 14th Senate District includes all of Bedford, Lincoln, Marshall, and Moore counties and a large piece of Rutherford County. Cities in the district include Shelbyville, Fayetteville, Lynchburg, Wartrace, Bell Buckle, Lewisburg, Chapel Hill and the southeast edges of Murfreesboro.

Lane grew up in blue collar Indianapolis, the son and grandson of truck drivers who taught him the value of hard work. After high school, Lane joined the Air Force, serving stateside during the first Gulf War, then moving to Texas to work in aviation, get his pilot's license, and work in the construction industry. He has lived in Tennessee since the late 1990s, working in construction until 2008 when he began teaching the construction trade at a local vocational school. After six years as an educator, Lane returned to the private sector in 2015, starting a custom home construction company. He lives in Rutherford County with his wife, Kaloni. The couple has six kids, ages 10 to 24, and one granddaughter.