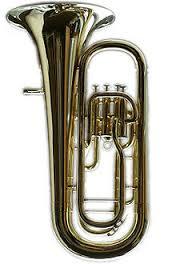 A Murfreesboro man told local police he was scammed out of 75-hundred dollars after selling a euphonium (you-PHONE-e-um) to someone in Texas. The seller told authorities it was sent to Beaumont, Texas, by cash on delivery. But he told police that when he went to process the payment, it was either cancelled or stopped. Also, the number of the suspect who now has the euphonium was disconnected. The seller did give police a name and address. A euphonium is a valved brass musical instrument resembling a small tuba of tenor pitch, played mainly in military and brass bands.