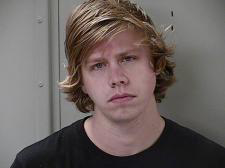 A Murfreesboro man who received a DUI less than five months ago was re-arrested on his second DUI charge Sunday morning.

24 Year old Christopher Leo Stout was apprehended after he left the scene of an injury accident on Mercury Boulevard at South Rutherford Boulevard in Murfreesboro. Another motorist who witnessed the collision followed Stout after the wreck. The witness then flagged down a passing police officer.

When authorities talked to Stout he told police he could not pass a field sobriety test, according to the official arrest report. Stout was then arrested and charged with not only his second DUI, but also leaving the scene of an injury accident and driving on a revoked license.

Stout is scheduled to appear in a Rutherford County Courtroom this May. The Mercury Boulevard resident is currently free on bond.