Man accused of raping male teen at a party in Murfreesboro 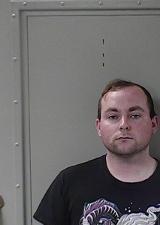 A 26-year-old man by the name of Austin Poteete has been arrested in Murfreesboro and charged with "Rape," according to a police arrest report.

The investigation into Poteete started on March 25, 2019 under the direction of the Murfreesboro Police Department Special Victims Unit and the Criminal Investigations division. The victim was a 19-year-old male.

A police investigation shows that the victim had blacked out while drinking too much and smoking marijuana at a party. When he awoke the following morning, the man noticed there was some type of lubrication in the area of his groin.

Friends of the victim informed him that he was raped and even named Poteete as the suspect. Part of the attack was captured on a Nest home security camera.

Poteete was accused of using hair gel as a form of lubrication on the victim who was passed out.

After police investigated the case, evidence was sent to the TBI and also presented to the July Grand Jury. Poteete was later indicted on 4 counts of rape and 2 counts of sexual battery.

The case will head to a Rutherford County Courtroom in the near future. Poteete is currently free on bond.