Man accused of stealing car from Chevrolet of Murfreesboro 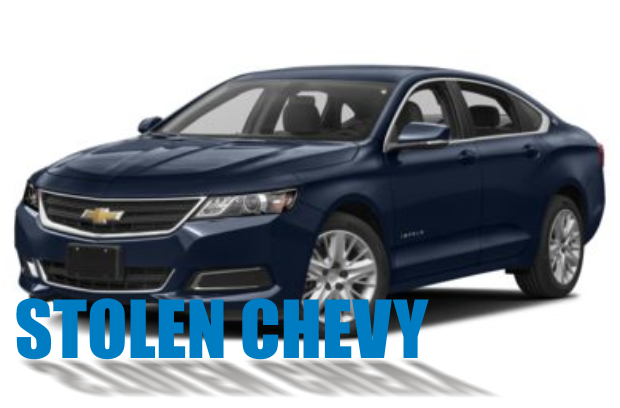 A man who dropped off his car to be repaired at a local car dealer was given a loan car to drive, but apparently decided to keep the loaner.

While this story may sound as if the customer decided to buy the loaner car, it is not. The customer is actually accused of stealing the Chevrolet Impala he was loaned while his car was being repaired.

The incident unfolded at Chevrolet of Murfreesboro on John Rice Boulevard. The dealership told police that the customer dropped off his car this past October and was given the Impala to drive until his car was fixed. On October 13th, the customer was told to return the Chevy, but failed to do so. Then on November 4th, the man was again instructed to bring the 2017 Impala back. However, he never returned.

Murfreesboro Police were able to track down the car by using its OnStar service. The car was found in the area of Cason Lane.

Police pulled in behind the car performing what is called a "Felony Stop." Officers ordered all thee occupants of the Impala to get out. The subjects were then placed in handcuffs.

As it turned out, the man who dropped off his car at the dealer believed that his vehicle repair should have been covered under warranty. Evidently, the entire engine needed to be replaced. General Motors did not see eye to eye with the man and would not replace the engine under warranty. The subject refused to pay a $12,000 bill to retrieve his car.

The car was returned to the dealer and police arrested two occupants of the stolen Impala. They also recovered a small amount of meth that was located inside the car.