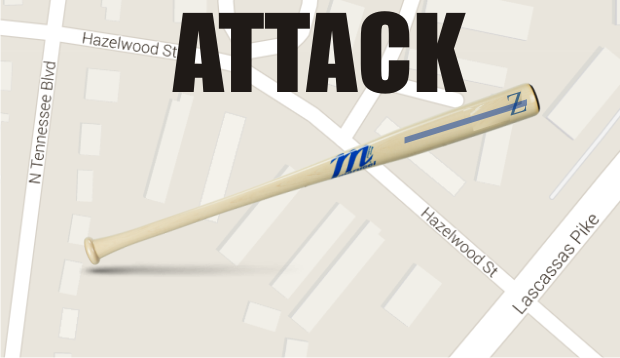 Murfreesboro Police were called to the University Lofts apartment complex on Hazelwood Street early Sunday morning. Once there, a 29 year old man was located inside one of the apartment units who was bleeding from the head and left ear.

Jonathan Letzler told officers that he was walking to the soda machine when he was attacked by his girlfriends ex-husband. The victim told police the subject hit him 15 to 20 times with a baseball bat. The ex-wife found Letzler on the ground as her ex-husband was walking away.

The victim had injuries to not only his head, but also his elbow and thumb. Letzler was taken to St. Thomas Rutherford Hospital for treatment. A warrant was then obtained for suspect Charles Greenwood who lives in LaVergne. However, he has not yet been apprehended.