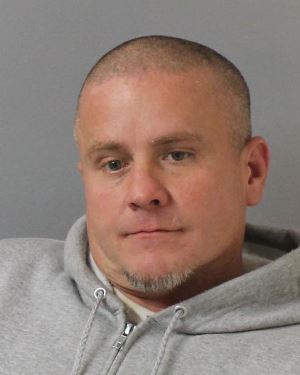 Another very serious example of the danger involved in walking away from your car without taking the keys.

Michael Wayne Cook, 42, is jailed on charges of especially aggravated kidnapping and vehicle theft after he jumped into a 2005 Dodge Stratus that was left unlocked with the motor running just before 7 a.m. Sunday (10/28/18) at the gas pumps of a gas station on Murfreesboro Pike in Nashville. A 41-year-old mother left her 10-year-old daughter in the backseat of the car while she went inside the market to pay for gas. She looked out of the store window to see someone driving away in her car with her daughter.

A short time later, Cook pulled into the Shell Market at 601 Fesslers Lane and left the 10-year-old girl unharmed with store clerks before driving away in the Dodge.

Hermitage Precinct officers and detectives worked with the 41-year-old victim to track her car to Clarksville. Clarksville police found the Dodge parked with no one in it on Kraft Street. Clarksville officers canvassed the immediate area looking for a man matching the description of the Nashville car thief. About three blocks from the car, they came across Cook. Inside his jacket pocket was the key to the vehicle. Cook was returned to Nashville where, during an interview with Detective David Studer, he admitted to taking the car with the girl inside.