Man in a Mercedes outruns Cannon and Rutherford County Deputies for a short time, then caught 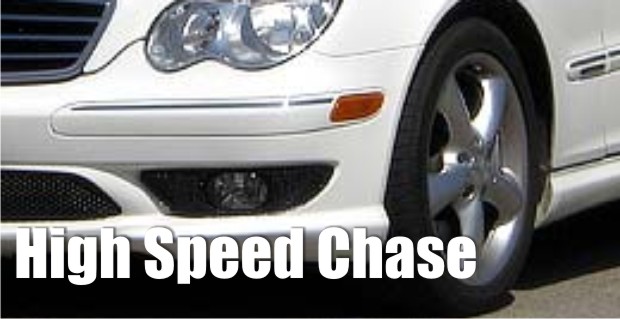 According to Cannon County Sheriff's reports, Investigator Chris Brown observed a white 4 door Mercedes fly by him on Highway 96 in front of Dutton's Market. He was clocked going 72 in a 55 mph. Brown radioed Investigator Brandon Gullett who was on the west end of the road to see if he could get the car stopped. Investigator Gullett said that once he clocked the vehicle he found it was traveling at 126mph. Investigators chased the vehicle until they lost it in the Lascassas Milton area of Rutherford County. They also advised the Rutherford County Sheriff's Department to be on the lookout for the Mercedes.

Heading back to Cannon County, the investigators observed the vehicle again in the Milton area. Once again a pursuit occurred with authorities losing the car on a side road. Once Rutherford Sheriff's Deputies arrived in the area they were able to close in on the car and make a stop.

The driver, Jason Andrew Collins of Knoxville, was said to be deaf and having trouble communicating. He was placed under arrest and the vehicle was searched after a Rutherford County K-9 unit gave a positive alert on the trunk of the car. However, nothing illegal was found.

Collins was charged with two counts of speeding, reckless driving and reckless endangerment. He was also charged with felony evading by motor vehicle and is due in Cannon County General Sessions Court to answer to the charges on February 2nd.