Man shot in leg on front porch of Murfreesboro home 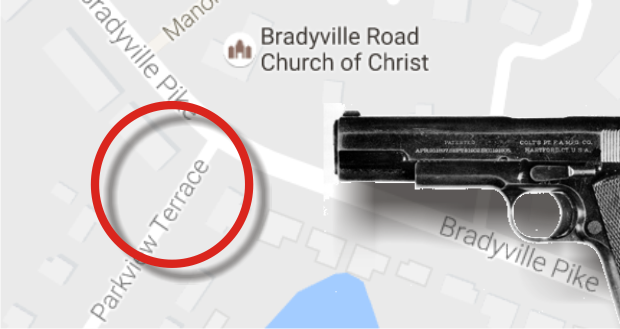 The reported gunshot victim told police he was sitting outside his home wearing a pair of headphones while smoking a cigarette when shot.

25 Year old Christopher Gonzales told police he saw three black males walk past his house on Parkview Terrace while he was smoking and they stopped and started staring at him. The incident unfolded around midnight on Monday. Gonzales removed one of the headphones and asked, "Whats up?" He says after asking "Whats up," one of the subjects pulled out a gun and shot him once in the leg.

After being shot, Gonzales fell to the ground in pain. By the time he looked up, the three culprits were gone. He then made his way inside and quickly dialed 9-1-1.

Police arrived on the scene, but at this point an arrest has not been made. As for the gunshot wound, a recovery is expected as it was not life threatening.