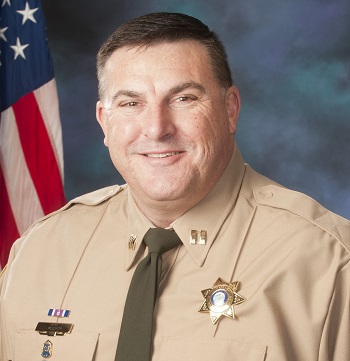 An indicted Rutherford County Sheriff's major was suspended without pay and decommissioned from his law enforcement duties effective Wednesday.

Deputy Chief Keith Lowery suspended Warrants Major Terry McBurney, who has been on leave since being indicted by a federal grand jury in November. The indictment charges McBurney with unlawful procurement of naturalization, giving false statements regarding an application for U.S. citizenship and seven counts of wire fraud.

"Due to substantial concerns of your involvement within an active federal criminal investigation, all duties authorized and empowered to you as a deputy sheriff in accordance with Tennessee state law is temporarily removed," Chief Lowery said.

His weapon and identification cards as a law enforcement officer were taken for safekeeping while his court case is proceeding.

McBurney previously worked for the Sheriff's Office but left after an investigation involving items taken from a home where he evicted property.

He rejoined the Sheriff's Office in 2010. His last assignment was major over the Warrants, Records and Evidence divisions.