Meth use allegedly leads to false 911 call in Murfreesboro 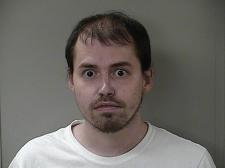 A man who claimed to have falsely called 911 because he was on "Meth" the night before was arrested by Murfreesboro Police. The actual report documenting the arrest of 25 year old Anthony S. Richardson shows that he has been accused of falsely calling 911 six times and advised on previous occasions not to dial 911 unless it was an emergency.

Another report filed by officers said that previous 911 calls were made due to Richardson hallucinating because of meth use.

While police were talking to Mr. Richardson, they asked if he had anything illegal in his room. Evidently, he admitted to having marijuana and a pipe. Richardson even provided the officers with a small baggie of weed and a pipe that was in his dresser drawer.

Richardson then consented to a search of his room. Officers searched and found another larger baggie of marijuana.

Due to the original call that brought police to his Greenland Drive apartment, he was charged with the misuse of 911. Apparently, that original call was in regards to a noise complaint, which Richardson later admitted that there was no "Noise." The man was also charged with drug possession and possession of drug paraphernalia.

He will appear in court on February 27, 2018. Richardson is currently free on bond.