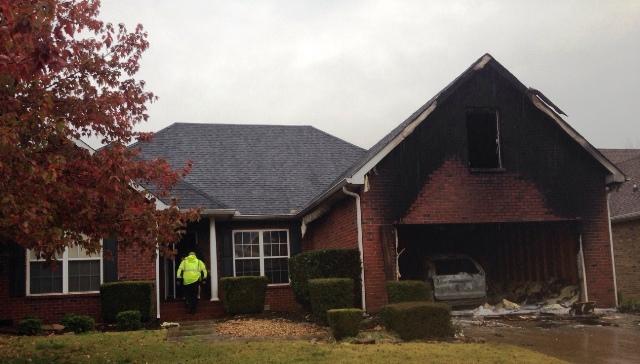 Two adults and four children were displaced after a fire broke out in their home at 2836 Vickwood Drive around 7:15 Wednesday morning.

A neighbor called Police/Fire Dispatch and reported the fire and a possible explosion inside the home. The neighbor also told dispatchers that all residents were out of the home.

Murfreesboro Fire & Rescue Department crews were initially told the structure was fully involved. However, according to Shift Commander Tim Swann, the fire was in the garage and bonus room above the garage and had just begun to reach into the kitchen and living room.

Firefighters were able to knock the fire down and keep it from spreading to further areas of the home.

The home received heavy smoke and heat damage throughout, causing the residents to be displaced. The American Red Cross was called to assist the family.

Assistant Fire Marshal Tracy Summar is on scene conducting a routine investigation. At this time, it appears that the fire originated in the garage, but the exact cause is unknown. Officials believe the "explosion" could have been the tires on a van in the garage that blew out due to flames and heat.

No injuries were associated with this incident.