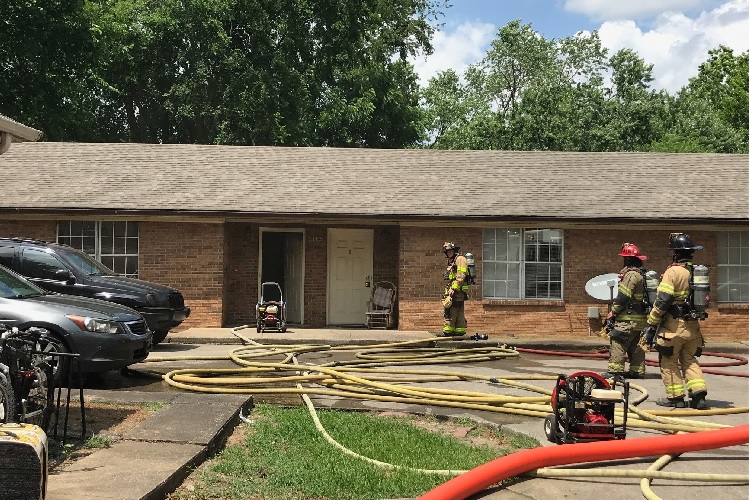 (MURFREESBORO) One adult and four children were displaced from a cooking fire at 315-A Bell Street. The Tuesday (5/28/2019) afternoon fire spread into a small portion of the attic area.

According to Battalion Chief Joe Bell, Engine 1 was the first crew to arrive on scene and quickly extinguished the fire. The crew also received assistance from Engine 3, Rescue 4, and Ladder 8.

"They got a good stop," said Bell.

Only one unit was affected and the displaced residents are being helped by the Red Cross. No injuries are associated with this incident.