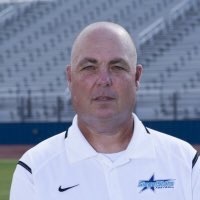 Middleton, who was named girls basketball coach in mid-April, previously coached for 18-years at Smyrna High School. He has experience in many sports, including being an assistant softball coach with Luke Sheppard at Smyrna when they won the state championship in 2013.