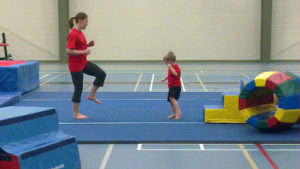 Beginning in July Tennessee public schools will be required to increase physical education for children up to sixth grade. (Ian Schofield/flickr.com)

And like the song by Olivia Newton John, starting in July Tennessee students in elementary schools will be doing more of just that with a change in state law that will require them to get additional physical activity.

Currently students are required to perform at least 90 minutes of physical activity a week, but that time will increase significantly for children up until sixth grade.

Shirley Holt-Hale taught physical education for 38 years in Oak Ridge and says she witnessed a big decrease in physical education as testing became the emphasis in recent years and policy makers assumed children would get active on their own. "I say to people when they say they'll just pick up the skills, 'OK, if you truly believe that, we don't need to be hiring reading and language arts teachers in our schools, we only need to be supplying books,'" says Holt-Hale.

The Centers for Disease Control and Prevention recommends children and adolescents engage in one hour of exercise each day. Holt-Hale says the decrease in physical education in schools, combined with the popularity of video games and television has created the perfect storm of inactive children in Tennessee and the rest of the country.

"The neighborhood I live in, there are children everywhere," she says. "But you would not know that if you drove through the neighborhood, because children are now inside on video games, meanwhile obesity has hit an epidemic level in Tennessee."

According to "The State of Obesity" report from the Robert Wood Johnson Foundation, Tennessee ranks fifth in the country for obesity rates among 10 to 17 year olds. Holt-Hale says a great way for parents and caregivers to increase their child's level of activity is to go for a walk after dinner at night for at least 20 minutes.