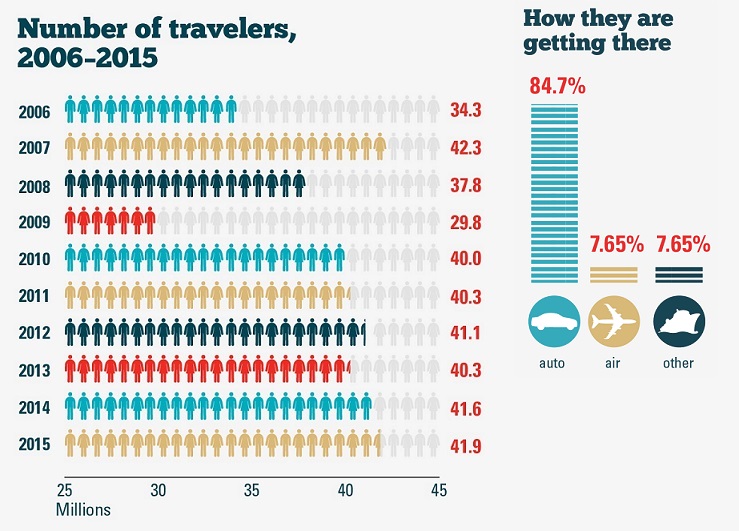 AAA projects 41.9 million Americans will journey 50 miles or more from home this Independence Day, the most since 2007.

AAA projects 41.9 million Americans will journey 50 miles or more from home this Independence Day, the most since 2007 and a 0.7 percent increase from the 41.6 million people who traveled last year. The Independence Day holiday travel period is defined as Wednesday, July 1 to Sunday, July 5.

"The freedom of summer means families can take extended vacations and, historically, that makes Independence Day the busiest summer travel holiday," said Joy Dixon, Tennessee Director of Travel, AAA - The Auto Club Group. "This is the largest number of Independence Day travelers since the great recession and it is encouraging news for the recovering economy and the travel industry."

"Motorists are seeing prices lower at the pump than this time last year, which is encouraging families to pay down, put more in savings and travel," said Don Lindsey, Tennessee Public Affairs Director, AAA - The Auto Club Group. "For the 35.5 million people planning a road trip this Independence Day, they can expect gas prices to be the lowest in at least five years."

What is July 4th: