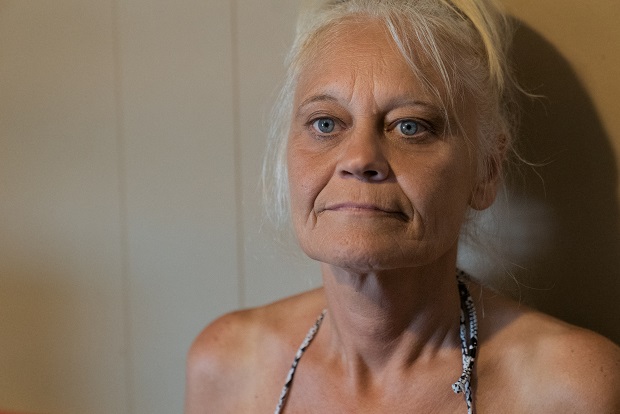 Photo of "Brenda" by Scott Walker - See more at SmallTownBigWorld.com

Child sex abuse is a major problem in our community and across the country. The scars from the abuse can last a lifetime.

One victim, who is 51 years old today and lives in Murfreesboro, told WGNS that she was abused by the hands of her step father as a child...

Brenda said that she later went to live with a friend and her mother gave up custody of her.

According to the United States Department of Justice, only 30% of sexual assault cases are reported. Brenda was one of the cases that never went to police over 40 years ago. Furthermore, many children wait until adulthood to tell of the abuse, which is often too late as alcoholism, drug abuse and more have already manifested itself in the victim.

As for Brenda, her step father later died and she suggested that when she was in her thirties, she confronted him while he was in the hospital just prior to his passing. While he never fully admitted to it, she said he did apologize.

Some good news in the arrests of perpetrators... In years past, child sex abuse was not as heavily investigated as it is today. In the past, false information was promoted by professionals that children frequently reported false accounts of abuse. Over the years it was realized that such ideas lacked systematic evidence that false allegations are common, according to the National Society for the Prevention of Cruelty to Children.

Listen to the full interview below (7 MIN and 26 SEC):